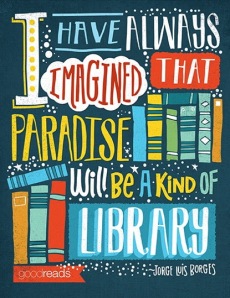 Hello folks — how is everyone post-Olympics?
I pretty much watched all the prime-time coverage — cursing NBC for dragging out all the most-anticipated team USA performances until 11:15 PM. Listen NBC, don’t you understand that 11PM-Midnight is my sacred nightly reading time??  How dare you infringe!  However now that everything is available for download the next day, if coverage goes too late for the Rio Games in 2016 I will just watch my favorite events the next day on-demand.  Technology is useful sometimes.

Favorite Moment: Hmmm, there are so many, but I really enjoyed Euna Kim’s performance of her short figure skating program.  No one expected her be so awesome after recent pproblems, but she was — she was athletic and lovely all at once.  Beautiful performance.  And lovely dress and everything.  Some of the figure skaters wore these teeny, tiny little outfits that just looked like bathing suits with a flutter on the bum, but Euna Kim (and Gracie Gold) really kept things classy.

I also have to mention it was so cool that the Russian figure skating pairs couple won gold because that guy –Maxim Trankov – lived in and under the ice rink he was training at for three years! That poor bastard!  And last night I watched some of the Nancy Kerrigan/Tony Harding special and Harding is going on and on about how hard she had it training in a mall ice rink, etc.  Um, was she living AT the ice rink? She should go have a little chat with Maxim about making the best of your crappy situation and still kicking ass.

Least Favorite Moment:  The evil reporter that kept pressing Bode Miller in his post-run interview UNTIL HE WEPT.  Christ, woman! Have a heart!  And what’s up with with the reporters in general constantly asking the athlete’s about any and all relatives of theirs that have died recently?  What does that have to do with their sport??  “Were you thinking of your dead father/mother/brother/sister/child while doing that losing/winning run of your sport??” How about some congratulations for being among the best in the world and competing at the Olympics and go ahead leave the loss of loved ones off the table? I mean, way to be tacky. Ew.

So I am still only 64% through Frankenstein.  It’s not a super-fast read, clearly.  I have already mentioned how Viktor Frankenstein does not actually explain how he reanimates life, which was sort of annoying.  But later on, his “monster” — his super-articulate monster, finds him and explains to him how horrible his life has been since he was created a year ago.  A year ago in which he learned perfect French from eavesdropping on a French family off and on during the day.  I think he also taught himself to read as well.  So he woke up a blank slate, and within a year could speak the fluent French of an intellectual, even though he had only had ONE conversation with with a blind man once for 5 minutes before he was found and beaten on and chased away.

Um, I took a semester of French in college and can speak 3 other languages and I can barely say  “What time is it?” in French.  If the Frankenstein monster spoke the French of a 5 year old, OK, totally possible. But 5, 6, 7 chapters full of highly articulate first person narrative?  Not even close to believable.  Oh well.

Monster-narratives aside, there are also some beautiful, but exceedingly looooong descriptions of the Swiss Alps.  I mean, I’m down for a page or two of description, but there are literally chapters where nothing happens but Viktor Frankenstin hiking through the Alps. It’s amazing, and awesome, and I get it.  But too much.  I’m going to finish this book though. It won’t take me as long as when I suffered through Vanity Fair though.  I’ll give you the wrap-up when I finish!

And with that — time for a coffee,